Sports movies are never just about sports. In fact, the best ones present so many lessons about life and eternity that even non-sports fans will enjoy them.

Such is the case with the faith-based Run the Race, which releases in theaters Friday (Feb. 22) and tells the story of a high school quarterback named Zach who views football as his ticket out of his small town but is devastated when an injury sidelines him.

Tim Tebow viewed the premier of Run the Race from a local Gold Coast theater.

His girlfriend (Ginger) and his brother (Dave) — both Christians — encourage him but also help him gain an eternal perspective.

The PG-rated film was directed by Chris Dowling (Where Hope Grows) and written by Jake McEntire while the latter was a student at Dallas Baptist University. Tim and Robby Tebow served as executive producers.

Run the Race leads this month’s list of “5 family-friendly things.”

It is among the best and most inspiring sports films I’ve watched, with a few surprising twists and turns often not seen in the faith genre. It also is — as Robby Tebow called it — “gritty.” That, too, is a rarity in Christian films.

Most of all, though, Run the Race is a movie with messages about persevering in life, supporting one another, and clinging to the hope only Christ can provide.

Producer Trey Brunson, the communications director at Southeast Christian Church in Louisville, Ky., is encouraging youth groups and churches to watch it together. The film’s lesson, he said, is this: “Whatever you’re walking through, I’m going to walk with you. I’ll be there.”

“Life is falling apart and we need someone to walk with us, to give us hope and to give us help,” Brunson told me. “And I think this movie does that so well.”

The film is rated PG for thematic content and some teen partying. It contains no coarse language or sexuality.

Also worth watching this month:

Clean romantic movies — Yes, they do exist, and they’re not always on the Hallmark Channel, either. What better time to watch one than during the month of Valentine’s Day? Among my favorites ones in the faith-based genre: Christian Mingle (PG, Netflix), which tells the story of a woman who poses as a Christian (she’s not one) to get a date. Old-Fashioned (PG-13, streaming on platforms for a fee), which follows a man and woman involved in a small-town, old-fashioned romance. Forever My Girl (PG, Amazon Prime), which tells the story of a famous country singer who falls for the girl he formerly rejected. And don’t forget Fireproof (PG), which remains one of the best faith-based films of all time.

‘The Least of These’ — In theaters Feb. 1, it tells the true story of Australian missionary Graham Staines, who takes the Gospel to India’s leprosy patients despite laws governing conversions from Hinduism to Christianity. He dies a martyr’s death. The movie was filmed in India and stars Stephen Baldwin as Staines. Rated PG-13 for thematic elements/disturbing images.

‘Cars, Coffee, Theology’ — Jerry Seinfeld popularized the car-chatting concept with his series Comedians in Cars Getting Coffee. But now pastors, professors and theologians are getting into the mix. Jonathan Pennington, a New Testament professor at Southern Baptist Theological Seminary, launched Cars, Coffee, Theology last year as a way to have “caffeinated conversations with thoughtful people.” He drives his Mazda RX8 around town as he and his guest discuss their life and work, and, of course, theology. Search for “Cars, Coffee, Theology” on YouTube or visit CarsCoffeeTheology.com.

‘Stand Up and Away! With Brian Regan’ — Clean comedy is about as rare as a two-dollar bill, but, thankfully, there are some outstanding comedians in this genre. Stand Up and Away! is a three-part series in which comedian Brian Regan combines his clean stand-up act with hilarious Carol Burnett-type sketches. My favorite: his skit showcasing old inventions (like contact lenses) in a Shark Tank-type scenario. 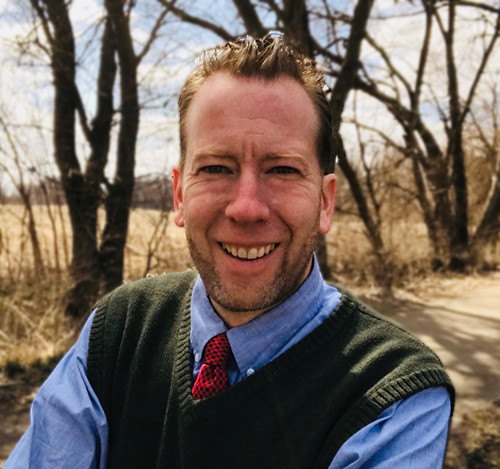 Michael Fousthttp://MichaelFoust.com
Michael Foust is the husband of an amazing wife named Julie and the father of four young children. He has covered the intersection of faith and entertainment for more than a decade. Visit his blog, MichaelFoust.com
Subscribe

Fathom Events Announces Release of Left Behind: Rise of the Antichrist

The Highly-Anticipated Next Chapter of the Mega-Hit Series Comes...

My family was vacationing at a condo a while...