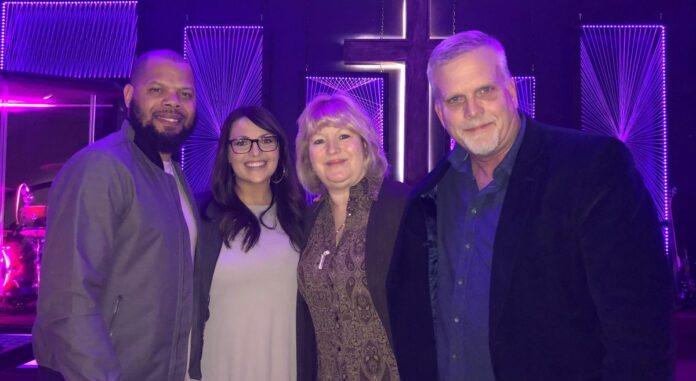 He is a vital part of the Cincinnati Bengals, although some people might not know his name.

LaMorris Crawford gives encouragement and inspiration to the team in the background and likes it that way. He spends time on his knees for them instead of in the huddle.

I know that he holds Bible studies with Andy Dalton and his wife and has baptized several on the team. When I spoke with players Alex Erickson and C.J. Uzomah this past season in the clubhouse, they both told me that LaMorris is important to them and the Bengals organization. They depend on his leadership and guidance.

But recently, the team chaplain, and a friend of mine, just recovered from a bout with COVID-19.

For a short while, LaMorris, who is 40, thought he was dying.

He stumbled into the bathroom at home and knew something was wrong. He had a high fever, fell to the floor, and was not able to move for about 45 seconds.

“I can’t put it into words how horrible I felt. In my heart, I knew I was dying.”

When he was able to stand up, he said the room was sideways.

“I didn’t realize I was standing on one foot,” he told me. “Everything was on a slant. The room moved.”

Megan, his wife of 14 years, led him to bed and helped him change his clothes. His shirt was soaked with sweat.

She did not waste time and drove him to the hospital where tests were run.

“That feeling hit me again in the waiting room,” he said. “I can’t put it into words how horrible I felt. In my heart, I knew I was dying.”

Eleven days passed before he received a positive diagnosis for COVID-19.

LaMorris is healthy and on the go during the off-season. He preaches and travels all over the nation. He is in and out of airplanes and airports. My wife and I just recently attended a marriage seminar that he and Megan conducted at a church in our area.

He said he took precautions by washing his hands often and using sanitizer, but the virus still got to him.

“When a crisis hits, your natural thought process is that it will never happen to me, not that it could not,” he said. “But I was shocked that it did.”

“I’m blessed to have a faithful wife who stood by me, and I know God saw us through this.” LaMorris crawford

A lot of things went through his mind during his recovery. He was in bed most of the time, and he had visions of his family having to go on without him.

“I never met my father, and don’t know who he is to this day,” he said. “And I could not imagine my kids without their father. I always had visions of spoiling my grandchildren, and in my mind, I was never going to walk my daughters down the aisle or watch my sons turn into young men. I know all my kids will impact the world one day, and I want to be around to see it. So those thoughts of me not seeing that really hit me heavy.”

For two weeks, he quarantined himself, and Megan took care of him. She later developed symptoms of fatigue, loss of taste, and a headache (associated with COVID-19,) but she is feeling good now. Two of his children had low fevers and the other two had stomach aches.

“I think it ran through our whole family,” he said. “I’m blessed to have a faithful wife who stood by me, and I know God saw us through this.”

LaMorris is almost 90 percent recovered and expects he will be back to his normal self in a couple of weeks. As a man of God, he never takes life for granted, but he now has an even better perspective on how fragile life can be.

““All things work together for the good of those who love God and are called according to His purpose,” he said. “We know God is present in everything we go through. I love my family dearly and love them more now if that’s possible.”

The NFL season is still scheduled to begin on time, and LaMorris is expected to be there cheering on his Bengals. He will be their spiritual leader and will pray for them daily. But, for a short time, he didn’t think he would live to see another kickoff.

Yea, though I walk through the valley of the shadow of death, I will fear no evil:
for thou art with me; thy rod and thy staff they comfort me. Psalm 23: 4 KJV

The team chaplain for the Bengals, and my friend who wrote the foreword for my book, Bengal Believer: 40 Who Dey Votions for the Cincinnati Fanatic, was ready to die and meet the Lord. But God spared him. 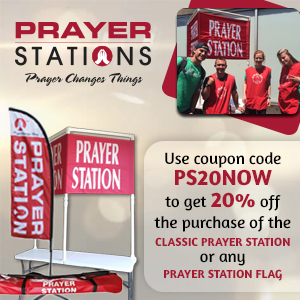 Scripture Songs and Flowers, All For The Children

Christians, Muslims and Jews to Worship in One Building in Germany

Taking the Next Step: An Interview with Noah Turner

NFL Hall of Famer Tim Brown opens up about faith