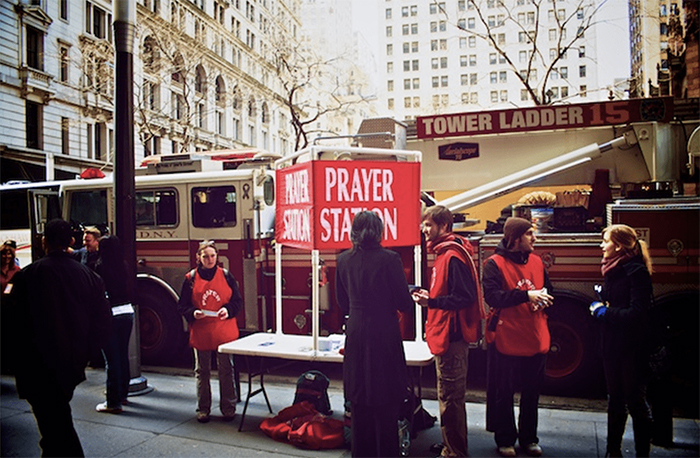 “For I know the plans I have for you,” declares the Lord, “plans to prosper you and not to harm you, plans to give you hope and a future.” Jeremiah 29:11 was the verse shared by

Anita Setran, Executive Director of Operations for Prayer Stations, during a recent interview said, “I do not remember a time in my life that did not include prayer. It has always been a part of me.”

Prayer Stations started back in 1992 as an answer to God’s call on the heart of Nick Sevoca, Founder and President. Mr. Sevoca decided to use this program as an annual outreach during New York City’s New Year’s Eve celebration, and it took off from there. Prayer Stations were erected in the streets of Long Island and in the busy center of New York City. The simple concept made people feel comfortable sharing their needs and taking a minute to accept prayer for their current situations.

We are not there to preach or shove a belief down your throat. We don’t care about denomination. We are simply there to offer a prayer. It is not some aggressive religious thing, and we hope to be disarming. ~Anita Setran

Testimony after testimony have poured in on how much these stations have changed lives. Families have been made whole. Drug addicts have been made clean. The lost have been found. The broken put back together, and so many found salvation in such an innocuous act, “just because someone was willing to share a prayer, and someone else was willing to share a need,” Anita stated when talking about the emotional testimonies shared with them.

In September of 2001, it became a place of hope and refuge for the workers sent to clean up ground zero of the Twin Towers attack. “The workers would take turns coming to our prayer stations for prayer,” stated Anita Setran. “It became a place for them to find a little peace and comfort.”

After years of service in New York they eventually relocated the business to Jupiter, Florida in 2017. They now focus on a program they simply refer to as “Equip”. This program works with churches and other outreach programs to start their own prayer stations. They will work with church staff and leaders to help them prepare for any type of emergency that may occur, whether that be natural or man-made.

“We do not just sell the stations; we want to train these churches and other organization on ways to use these tools. This way they are fully equipped to help those in need.” -Anita Setran.

During this time of social distancing, quarantine, and confusion it is normal for us all to feel alone. That feeling has left us with an even greater need for outreaches such as these. Prayer Station has continued its “great commission” through various avenues, including Zoom prayer calls.

The goal of Prayer station is simple. Pray! “Show people they are not alone, they are needed, and they are necessary. These stations are not selling anything to those who see them. Prayer is free,” Anita stated. “We are not there to preach or shove a belief down your throat. We don’t care about denomination. We are simply there to offer a prayer. It is not some aggressive religious thing, and we hope to be disarming.” 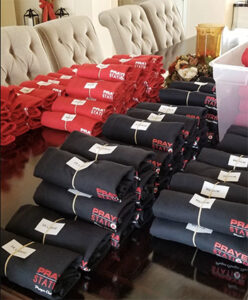 As restrictions are lifting, they are back out in parks, on the streets, and working with local churches to be able to bring Prayer Stations where they are needed. They are moving forward with the knowledge that through prayer we can break this feeling of loneliness.
Prayer Stations is now working internationally with various organizations. Their banners have been translated into twelve different languages including Spanish, French, Hebrew, and Finnish. It is their prayer that God will use this program to reach every corner of the world and bring hope to so many in need.

Spring is upon us and with that comes great opportunities for others to use these stations to reach the hearts of others. Anita shared that they will be offering a 20% discount on all banners and aprons this Spring. Some banners will even have room for church logos or names as a small way of bringing others to your place of worship.

When asked what advice she would offer to any church or organization considering this type of ministry, Anita stated, “Just do it! It is all in the power of prayer.” As Christians we know we can find comfort in God’s word, much like Jeremiah 29:11 stated, but for so many out there that have not yet found that comfort and safety, we must be there to offer prayer as a first step to finding that place of security.

For more information about this amazing outreach visit https://prayerstations.org/ 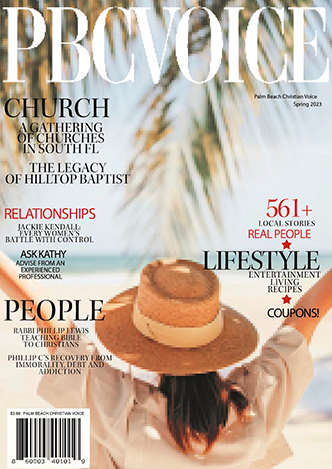