Many of us can’t relate to the hardships that follow extreme poverty. Hunger, disease, and lack of education are attached to low-income households, especially outside America. Norma Nashed is a resident of Palm Beach County, who was raised in the Palestinian town of Amman, in the country of Jordan.

Nashed understands the hardships of poverty since she experienced them throughout her childhood. She immigrated to the U.S. in 1985, where a few of her siblings resided. Nashed’s brother was a U.S. diplomat working at the State Department in D.C. Her sister and other brother moved to America young. Her journey with God is inspiring and is evidence that, no matter what, there is a purpose for everyone.

The Story of Norma

Norma Nashed was one of seven children who was used to crowded spaces. The family of nine lived in a cramped, one-room space. However, there were plenty of chores to complete outside of the tiny home. Norma’s mother was a young and strong-minded woman. Her mother would work from sunrise to late in the night to provide for her children. For years, her mother would wait until the evening to borrow her friend’s sewing machine since she could not afford one.

In Norma’s culture, it was the husband’s responsibility to provide for the family. Norma’s father held a decent position working for an American company, making good money, but sadly, he spent his earnings on gambling.

I asked Norma, “What was one of your least favorite childhood memories of living in poverty?” Her response was, “My father. He was an educated man who did not care for his family.”

When I asked Norma if she resented her father for how he behaved and did not provide, she said it made her very upset to witness how he treated her mother, who would do anything and everything for her children.

Norma and her sister would clean the school’s bathrooms to pay for school tuition. She enjoyed school and believed that the chores were worth it if it meant she could receive an education. Unfortunately, many girls did not finish school since they would be married by the age of thirteen.

Being married this young seems unethical, but this was considered ordinary or necessary in Norma’s culture. However, Norma never desired to marry as young as her sisters, and she didn’t want to associate herself with many aspects of the culture. Despite the fact that she disagreed with being married off, she is thankful that she was raised to love Jewish people and respect the religion of others.

From such an impressionable age, Norma dreamt big. Her mother read the Bible to her, cherishing every breath and word. She admired the parables and would even speak the Gospel to other children in her neighborhood.

I asked Norma, “What is one of your favorite memories you have of your childhood?”

She explained, “When my mother could no longer help me due to losing her sight while I was also a sickly child, I moved to Jericho to stay with my grandparents. I recall looking out the window and feeling peace as my mind danced with imagination. Also, we had a large supply of water. We had so much water that I could dip my feet in it.”

When Norma’s father died around forty, she found herself surrounded by the fellowship at her church. A fortunate couple, Robert and Mary Darnell, were missionaries at the church. When the couple heard that the child could not afford to go to school, they made the mutual decision to fund her education. Norma lived with the Darnells and was introduced to a new way of life.

Fast forward, Norma worked as a secretary for many years, handling important matters for ambassadors and royalty since she worked with the Queen of Jordan. She enjoyed this line of work, especially since it was for an Aviation company where she learned how to fly a plane.

Norma moved to the United States but was only in America for a short period before discovering she had cancer. Of course, this was a shock to her and made her question her situation in life. So, she decided to fly home to revisit her childhood. This is when Norma would make an ultimate life-changing decision. After witnessing two children, reminding her of herself and her sister, who could not go to school due to poverty, she went to the school and paid their tuition.

Why should children be punished for being poor? This question led Norma to become the founder of Restore a Child, an organization that brings hope to children and provides them the means to education, food, and security.

The Results of Restore a Child

Norma moved to South Florida for health reasons; the warmer weather helped reduce asthma symptoms. After hearing the exciting news and opportunities West Palm Beach offers, she immediately believed it was the ideal location to establish the main office for her charity. Norma stated, “Plus, I heard many Jewish people live here, and I wanted to have many Jewish friends as I grew up with them.”

Indeed, West Palm Beach has presented many fantastic opportunities and increased awareness of the charity’s mission. As a result, Restore a Child has helped thousands of children from all over the world. People’s donations have brought joy and hope to children, from building shelters to schools for over twenty-four years. Here are some of the results of Restore a Child:

As the founder of Restore a Child, Norma Nashed went from orphan to paying it forward by helping orphans and children in poverty around the world find hope. The organization also focuses on agriculture development for sustainability and plants fruit trees in undeveloped areas. Norma wants people to know that being an example of Christ is essential and she, and many others involved, show Jesus’s love in action by restoring a child through faith, education, love, and hope. 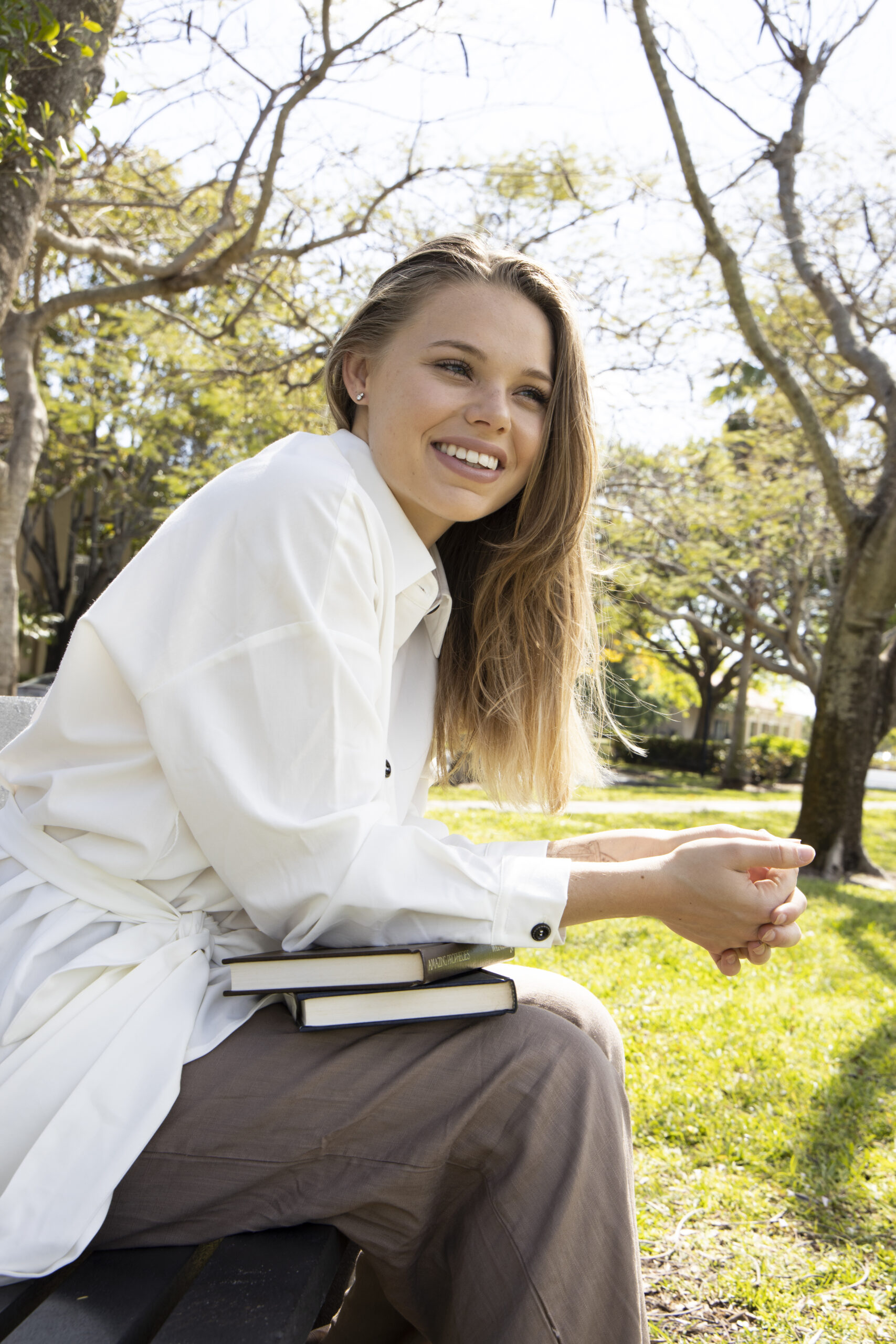 Brooklyn Lee
Brooklyn Dellago is the author of the informative book I Am Purpose and is an established SEO organic search specialist. She desires to inspire others through encouraging words while continuing her psychology and political science education. She enjoys playing volleyball with her friends and her adorable bunny when she is not researching or writing.
Subscribe

The generous will themselves be blessed, for they share their...