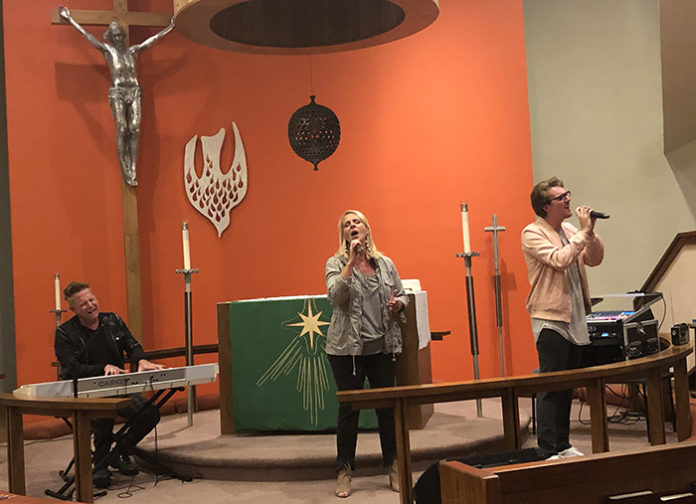 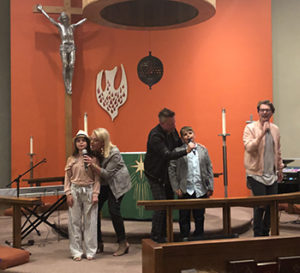 Husband and father, Scott Roberts, is a 20 year veteran worship leader and national charting songwriter. His wife, Kelli Roberts, singing alongside him, is an equally talented and also award winning vocalist. Garrett Roberts, their oldest son compliments his mother and father, adding a youthful blend to his parents’ beautiful and entertaining show.

Scott Roberts told Palm Beach Christian Voice that about half of their music is old fashioned Gospel favorites and half is original content written from the heart by Scott himself.

Kelli and Scott grew up Southern Baptist, in Tornado, Indiana (and Scott’s mom lives in Hurricane, West Virginia!). They met in the choir at the Christian university they attended and have been singing together ever since. All of their children sing with them except one son who is studying to become a pilot.