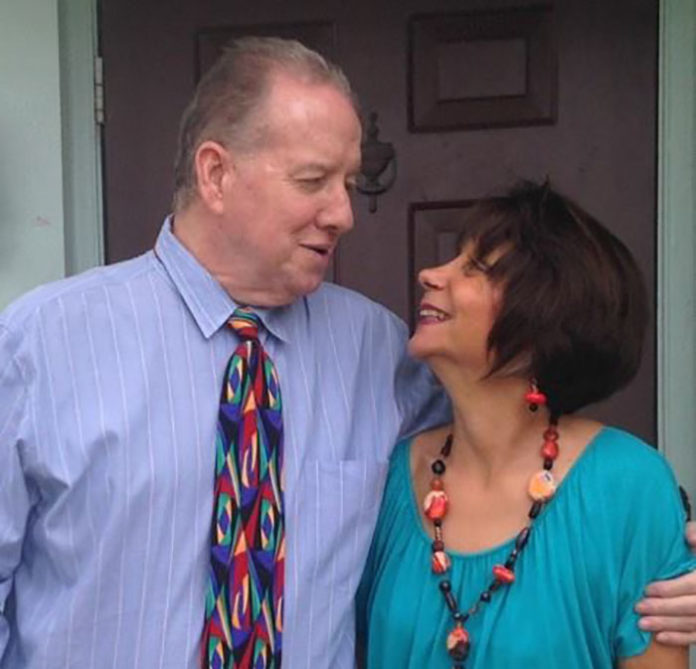 This is my husband’s story. I’m writing it for him, because due to his brain injury over four years ago, Bob can’t communicate as he once could. It’s an important story, because even though Bob has become severely disabled, God is honoring the faithfulness he showed towards him before his injury. It’s a bit long, but I hope it blesses you!

Bob made his living as a salesman. The quality that made him unique in his field wasn’t the various products he sold over the years; no, the value that made Bob stand out was his ability to build relationships with his clients. As Bob’s faith grew, he would share the Good News message of our Savior with his customers, particularly with men who were hurting. One of his clients, Willy, whom I had heard of, but never met, opened a pizza shop in a Chevron gas station on Northlake Boulevard. in Palm Beach Gardens, Florida. Bob would often tell me about Willy’s amazing pizza. I was underwhelmed. The idea of buying pizza at a gas station wasn’t appealing. How could it possibly be any good? Then Bob brought home a Willy pie; it was delicious!

Recently, Rick Koepke, one of two* friends who volunteer to sit with Bob, told me about getting the best pizza in town from a gas station. Until he mentioned it, I’d forgotten all about Willy’s pizza. I knew I should bring Bob to see Willy, but I wasn’t sure if Willy would remember him, and I didn’t want to disappoint Bob. Rick had been encouraging us to get pizza, so one Friday afternoon, while he sat with Bob, my daughter, grandson, son-in-love, and I went to Willy’s pizza shop. (He’s now in a new location, still in a gas station though, inside the Shell station in Juno Beach on US-1.)

When we arrived, Willy was busy. I almost didn’t ask if he knew Bob, but when he brought the food to the table (actually, it’s a cart with a few chairs), I asked him if he knew my husband, Bob Keith. He was astounded. He sat down and said, “I can’t believe this. You won’t believe this!”

His teeth had severe damage from his illness and he couldn’t afford to pay to get them fixed. Bob asked him how much he needed. The following week Bob brought him the money. Bob never told me about it.

We both started crying. He then shared how Bob had encouraged him over the years, by telling him about God’s love and care for him. Willy told me he had gone through a very difficult time in his life and almost died. He had been in a diabetic coma for three months. During that time, his wife left him too. When he was able to return to work, Bob visited him, but Willy wasn’t doing well. His teeth had severe damage from his illness and he couldn’t afford to pay to get them fixed. Bob asked him how much he needed. The following week Bob brought him the money. Bob never told me about it. If he did, I don’t remember it. The point is, it was a significant amount for us too, and yet, God provided for Willy and us!

Ultimately, this isn’t Bob’s story; it is God’s story. When Rick discovered Willy’s pizza, he had no idea that God would use him to answer Willy’s prayer to find Bob!

Willy came to visit Bob a few days later. Their reunion was fabulous. They both hugged and cried. Willy’s prayers were answered, two long lost friends were reunited, and I was reminded of the Bob who made deep connections with people and who shared the gospel message of God’s love along the way.

Ultimately, this isn’t Bob’s story; it is God’s story. When Rick discovered Willy’s pizza, he had no idea that God would use him to answer Willy’s prayer to find Bob! God is weaving his plan of redemption throughout human history, which he planned for his children before the foundations of the earth were laid (Ephesians 1:4). How amazing that God allows his children to participate in telling the Good News!

*Barry Romoser is the other man who sits with Bob. Several months ago, Barry took the place of Ron Warnke. These three men, Rick, Barry, and Ron, have given me much needed respite these past four-plus years and have given Bob much needed male companionship!

In 1997 I developed ChristianCrafters.com, a one-page website, to display my first published book, Chrismon Snowflake Ornaments. The site quickly grew to include free Christian Crafts, Bible Games, Children’s Sermons, Christian Skits, and hands-on Bible Lessons. In January of 2000 I launched The Sunday School Teacher’s Network newsletter. In January of 2006 the site was renamed, SundaySchoolNetwork.com to more accurately describe the overall site content. Today, we average one million visitors a year coming into our site. We provide dozens of Sunday school and midweek resources for children’s ministry–both digital and tangible goods. I received my Associate Of Arts degree in Fine Art from Palm Beach Community College, graduating with honors from Palm Beach Atlantic University. I eceived my Bachelor of Science degree with a major in Psychology and a minor in Religion. My desire is to use the talents that God has given me, to continue to grow in my faith in Christ and to be a better wife, mother, teacher, and friend to others.

September 9, 2018
You are going to send email to
Move Comment