At one of the first booths in the pavilion, standing behind a humble booth, behind a stack of tiny Bibles was Mr. Virgil Walsworth, a Gideon and a Deacon at First Baptist Church Delray Beach. Mr. Walsworth was at the South Florida Fair to give away free Bibles from the Gideons to anyone who wanted one.

What began as two businessmen, putting copies of the Bible in hotel rooms has now become Gideons International, a worldwide organization that has provided over 2 billion Bibles in over 95 languages to over 200 countries, and Mr. Walsorth and many other Gideons are presenting them at our county fair.

Many people stopped by the Right to Life booth to see the display of the stages of pregnancy represented in three dimensional, true to size figures.

Members of the organization were there to spread the word about the reality of abortion and better alternatives.

One couple stopped by and brightened the day of the Right to Life workers, sharing their own story of Life.

The couple, trying unsuccessfully to conceive, encountered a young pregnant girl on Facebook, who was contemplating abortion, but instead she decided to carry her baby to term and give her child to this lovely couple. They were there holding this precious one year old child in their arms as they told the story.

Doug Carmel, a 24 year staff member of Rock of Israel, was busy engaging with patrons of his booth, which offered a large selection of religious merchandise. Based in Deerfield, Ohio, Rock of Life staff member, Mr. Carmel and others travel to about six fairs a year, including a stop in Tampa. 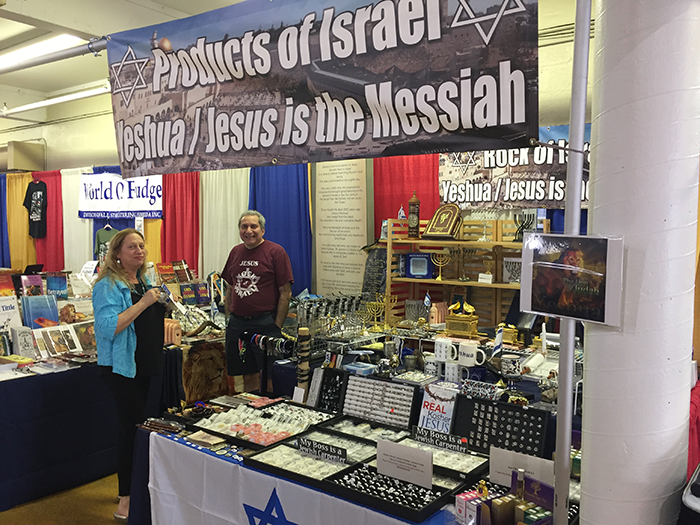 The Little White Church in Yesteryear

Tucked away at the far end of the South Florida Fair grounds is a little white church in the village of Yesteryear.

Every weekday evening, Gospel music singers lead worship from 5pm to 10pm and all day on weekends. 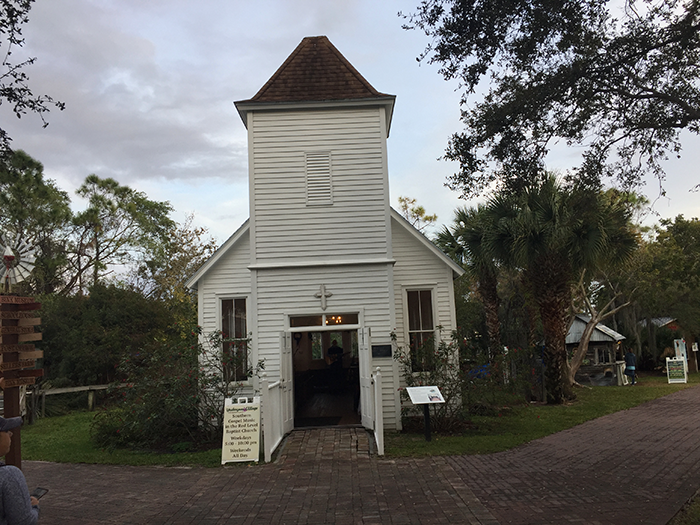 Fair-goers stop in to sit in the old fashioned wooden pews, stocked with with hymnals from the early 1900’s, and sing along.

A recent study on teens and young adults confirmed that those who pray and have a relationship with God...

The Youth for Christ (YFC) announced that 7,323 kids and teens made the decision to follow Jesus Christ this...

The new Billy Graham Archive and Research Center opened in Charlotte, North Carolina on November 7, the birthday of...

Ukrainian Christians celebrate the liberation of Kherson with cheers of praise and thanksgiving, seven months after Russia occupied the...
- Advertisement -

The JESUS film makes history as it is now translated into its 2,000th language. The film depicting the life...

The United States joined 15 countries in expressing concern over international blasphemy laws. In observance of the 24th International...

Amy Grant performed at ACL's Moody Theater in Austin on Sunday December 9th as part of The Bless Foundation's 2018 Light the World benefit.

It was a day that the Lord made for...
- Advertisement -

More than 80 Christian leaders sent a letter to congratulate and give thanks to new Israeli Prime Minister Naftali Bennett.
National

US Christian Students Visit Israel to Strengthen their Faith

A project lets young Christians visit Israel and learn about the history of Christianity and connect with modern Israeli society.
World

The Israel government reversed its previous decision and allowed Christians from Gaza Strip to visit Christmas sites during the holidays.
Featured

Israel Prepares for Thousands of Christian Tourists This Christmas

Israel is preparing to receive an estimated 165,000 Christians during the Christmas holiday season.