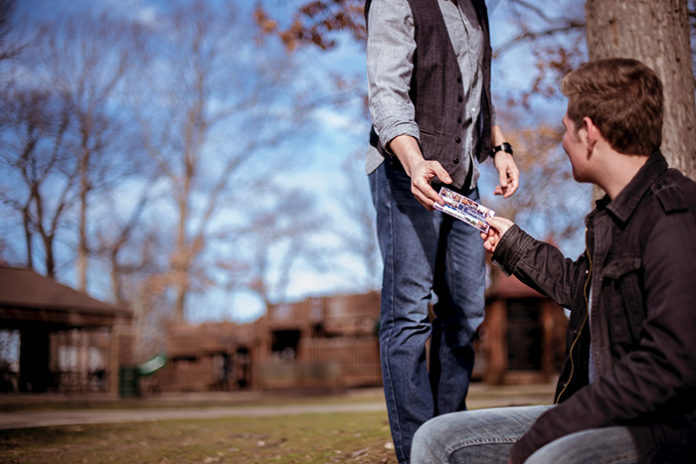 LifeWay Research recently found nearly two-thirds of Protestant churchgoers say they’ve invited at least one person to visit their church in the past six months. To many evangelical believers, this is an encouraging discovery in a highly secularized culture where attending church is not as common or popular as in past years.

Church leaders may see inviting people to church is a powerful way to welcome unbelievers to learn more about the Christian faith and fellowship. However, Jimmy Scroggins, pastor of Family Church in West Palm Beach, Florida, says it’s imperative Christians view the act of inviting someone to church as just one method of outreach, not the equivalent of personally sharing the gospel.

Scroggins, author of Turning Everyday Conversations into Gospel Conversations, recognizes all Christians grow in learning how to share the gospel, just as they grow in other areas of faith.

“Everybody is on a continuous journey with the Lord and in discipleship,” he says. “For a believer who has never talked to anyone about the Lord in their life, inviting someone to church might be a huge step.”

With regard to evangelism, inviting others to church is just that––a step. It’s an action that can bring about significant progress in an individual’s journey to understand and receive the gospel.

But while services and small groups can offer visitors many valuable things, they can’t offer a personal, one-on-one testimony with someone they know and trust. Scroggins says that’s why it’s so important to allow church to be a stepping stone to a personal conversation about Christ.

“We want to invite people to church, but we also want to equip our members to extend the conversation,” Scroggins says. “At some point, you have to have a direct gospel conversation, where you talk about repentance and faith, and you invite someone to repent of their sins and believe the story of Jesus. We don’t think the gospel has actually been shared until someone has that opportunity.”

The New Testament contains many examples of personal evangelism, like the exchange between Philip and the Ethiopian eunuch on the road to Gaza. The Ethiopian man was leaving Jerusalem after worshipping there, which indicates he valued religion and was interested in the God of the Jews. When Philip found him, he was reading from Isaiah, but he didn’t understand the text.

Acts 8:35-38 says, “Philip proceeded to tell him the good news about Jesus, beginning with that Scripture. As they were traveling down the road, they came to some water. The eunuch said, ‘Look, there’s water. What would keep me from being baptized?’ So he ordered the chariot to stop, and both Philip and the eunuch went down into the water, and he baptized him.”

This man wanted to know more about God. He had been to religious services, and he even had a copy of Scripture. But he needed someone like Philip to come alongside him and personally explain the truth of the gospel in a way he could understand it.

Similarly, Scroggins says his church aims to equip believers to go into their everyday lives ready and eager to personally discuss the gospel.

“Our goal is for every resident in South Florida to have multiple one-on-one opportunities to hear the gospel and personally respond in repentance and faith. “We want to gather and be the church in here, but then we want to scatter and be the church out there, because that’s where we’re going to have the most effective gospel conversations.” — @JimmyScroggins”

It seems becoming comfortable with gospel conversations is an area where the church can grow. According to Barna Research, 27 percent of Christians are “eager conversationalists” who have had at least 10 spiritual conversations in the past year.

Compared to the 63 percent of Christians who have invited someone to church in the past six months, it seems people are more eager to extend an invitation than share their personal testimony.

We can and should rejoice over the fact that the majority of Christians are inviting others to church. The next step, Scroggins says, is to continue that enthusiasm for reaching unbelievers by challenging ourselves and our congregations to share the gospel through personal conversations in everyday life.

RACHEL SINCLAIR (@1rachelsinclair) is a freelance writer based in Franklin, Tennessee.

Reprtined with permission from LifeWay.com

Danielle Mendocha Talks About Sharing Faith and One Christian Voice

February 24, 2021
You are going to send email to
Move Comment